Showing Results: 0
COMPARE SELECTED
LOCATIONS
CITY
DISTRICT
NEIGHBORHOOD
PROPERTY TYPE
PRICE RANGE
SIZE
PLOT SIZE
INTERIOR FEATURES
MORECLOSE
EXTERIOR FEATURES
MORECLOSE
LOCATION FEATURES
MORECLOSE
HEATING FEATURES
MORECLOSE
ORIENTATION FEATURES
MORECLOSE
COMPLETION YEAR
SEARCH
Sanela P., Bosnia and Herzegovina Hello, I have bought an apartment in Istanbul in 2020 and would like to share my experience in the process. I am a Bosnian citizen ...
Ertaz C., Australia To whom it may concern, Thanks, Mr. Nazim ( of Istanbul Homes) for your excellent professional services for online viewing and buying ...
Maqsood A., Pakistan Dear Mr. Bayram, I am writing to you about your employee Mr. Anas. We have been acquainted with him since we started our process of ...
Zafar M., Pakistan Dear Sir, Today is the third day in my own apartment in Kartal, Istanbul. I am sitting on my chair and gazing through the window. Here, ...
Wissam M., Sweden Dear Istanbul Homes, Thank you Istanbul Homes for all the help and support for my purchase of the apartment. Special Thanks to Mr. ... 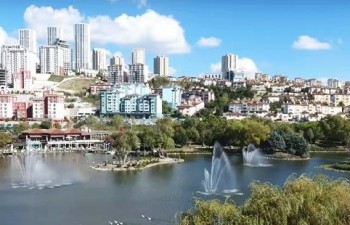 One of the Most Popular neighborhoods of Istanbul on the European Side: Bahcesehir

Bahcesehir is a new neighborhood located on the European side of Istanbul. It is situated in the area next to Arnavutköy, Sultangazi, Avcılar, Küçükçekmece, Bağcılar, Esenler, and Esenyurt. It has a 104 km² total area and over 194.000 population.

Bahcesehir is a rapidly emerging neighborhood of Istanbul, which has an important role in the Turkey property market. There are many new properties for sale in Bahcesehir. Growing within the last 15 years, Bahcesehir has become the first satellite town in Istanbul. Also, located close to the TEM highway, Bahcesehir is linked with other parts of Istanbul.

Bahcesehir has become a preferred residential area in recent years. It calls for people to invest with much ongoing property for sale in Bahcesehir Istanbul. The region is suitable not only for living but also for investment. The rental income of Bahcesehir apartments for sale is really high and this region is increasingly valued. Therefore, you can rent or decide to demerger your Basaksehir property for sale and make a good profit.

As one of the world's greatest metropolises, Istanbul becomes increasingly attractive to foreigners. The peaceful life in Istanbul, its extensive business network, and many facilities attract many home buyers. With its renewed face, the number of houses for sale in Bahcesehir is also quite high. Bahcesehir is one of the preferred districts of Istanbul on the European side is close to many business and social centers. It is possible to find a new property in Bahcesehir for sale with urban transformation. It is also possible to find commercial properties in Bahcesehir and land for sale in Bahcesehir which are loved for their proximity to international airports. There are many properties in Bahcesehir where you can escape from the city density of Istanbul, but still close to all possibilities.

The Economy in the Region

The economic structure in the region depends on the industry. Ikitelli Organized Industrial Zone constitutes in large part of the economy in the region. Also, Bahcesehir is the center of many kinds of commercial places (such as shopping malls), headquarters, educational institutions, and various residential and business development projects.

Sorry, we couldn't find a property for sale matching your search.

We recommend the following:

• Check your search filters are correct.
• Modify your search parameters and try again.
• Save search so we can let you know as soon as a matching property becomes available. 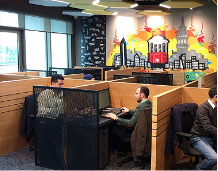