One of the most beautiful cities in the world and home to countless cultures from past to present, Istanbul is the 13th most populous city in the world with a population of approximately 15 million. Due to its metropolitan character, Istanbul has become capital of the world both culturally and economically. Istanbul, which hosts a considerable amount of immigrants and is one of the first choices of expats when buying a property in Turkey, is among the cities that should be given importance in terms of transportation due to its physical size and population density. When you decide to buy property, many suggestions of the most popular areas to buy property in Istanbul according to price, investment, and location specifics.

Istanbul, which has the feature of providing important opportunities in terms of cultural, social, and business life, provides many opportunities for the city residents in the transportation area too. If you want to live and buy property in Istanbul, you can consider getting Turkish citizenship. The increasing number of residents and tourists is the biggest indicator that transportation opportunities will increase gradually.

According to the figures published by the Istanbul Metropolitan Municipality, the number of people using public transportation in 2018 reached 1.6 billion. Despite this high number, according to the data collected in recent years; traffic density decreased by 13% as a result of the infrastructure works. In the future plans announced by the municipalities, it is stated that many new metro and bus lines will come into force soon. 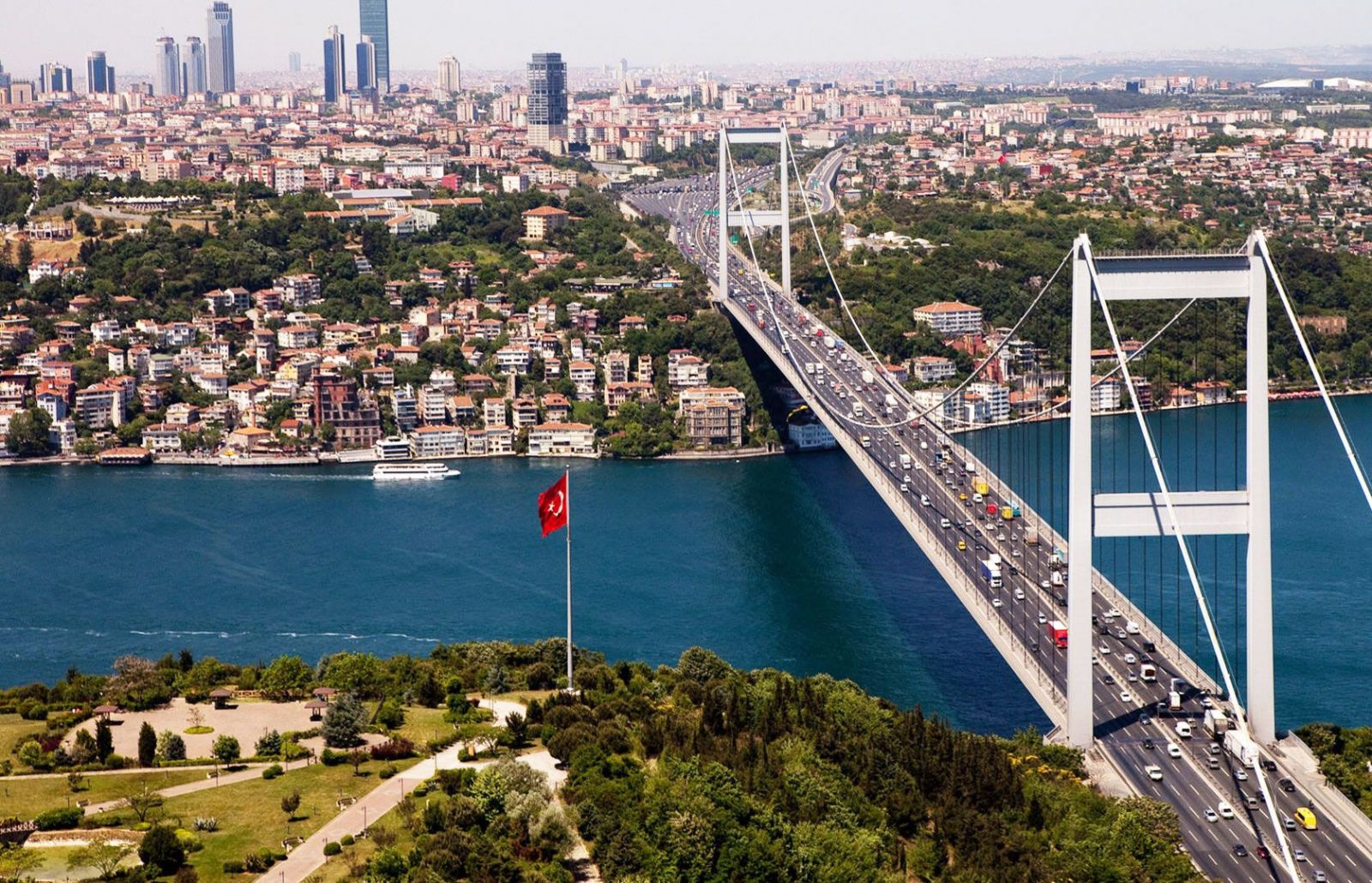 As in many other areas, Istanbul has important rankings in the world in terms of transportation. The massive public transport network includes land vehicles such as buses, minibusses, Metrobus, and taxis; railway systems such as metros, trams, Marmara, and funiculars; air passages such as cable cars and sea transportation vehicles such as sea buses and ferries.

Buses are considered one of the most economical ways of transportation in Istanbul. This option, which can be used for transportation to almost all districts, has resulted in citizens turning to other alternatives due to the fact that they are often very crowded and the difficulty of catching their hours.

Metrobuses are one of the preferred ways of transportation for thousands of residents of Istanbul every day. They are known as express transportation, covering a special line between Asia and Europe. The certainty of the starting and ending points, frequency of expedition, and the rapid transportation provided are the main reasons for this preference.

The minibusses are ways of transportation where the bus card cannot be used and payment is made in cash. Minibusses, which are similar to bus routes, have become a much-preferred way because they provide faster and more convenient access to certain routes. It usually serves on routes with high traffic density.

Taxis, which you can find in almost every street of Istanbul in seconds, are yellow and there is a ‘taxi’ sign on their hills. Compared to European standards, taxi use in Istanbul is a very economical mode of transportation. Although it changes every year, the average price of taxis is 5 TL for opening and 3 TL per kilometer. There is no difference between day and night trips.

These taxis, which usually have a capacity of 7 people, satisfy the customer in terms of price as well as being like a special taxi. These transportation vehicles have a continuous cycle between fixed and short-distance routes. Yellow taxi routes are as follows;

Rail systems are the most useful way to travel in Istanbul because they have a wide network and important destinations serving in both Europe and Asia. Metro satisfies customers in an economical way too. The starting and destination points of the most important metro lines are as follows;

• Aksaray to Ataturk Airport to Kirazli (M1 line)
• Haciosman to Yenikapi (M2 line)
• Kirazli to Olympic, Basaksehir (M3 line) on the European side
• Kadikoy to Tavşantepe (M4 line)
• Uskudar to Yamanevler (M5 line) on the Asian Side

The tram lines are the fastest way to travel above ground, as well as contain the most popular destinations in Istanbul. It has become the most preferred transportation vehicle for tourists. Some tram lines are as follows; 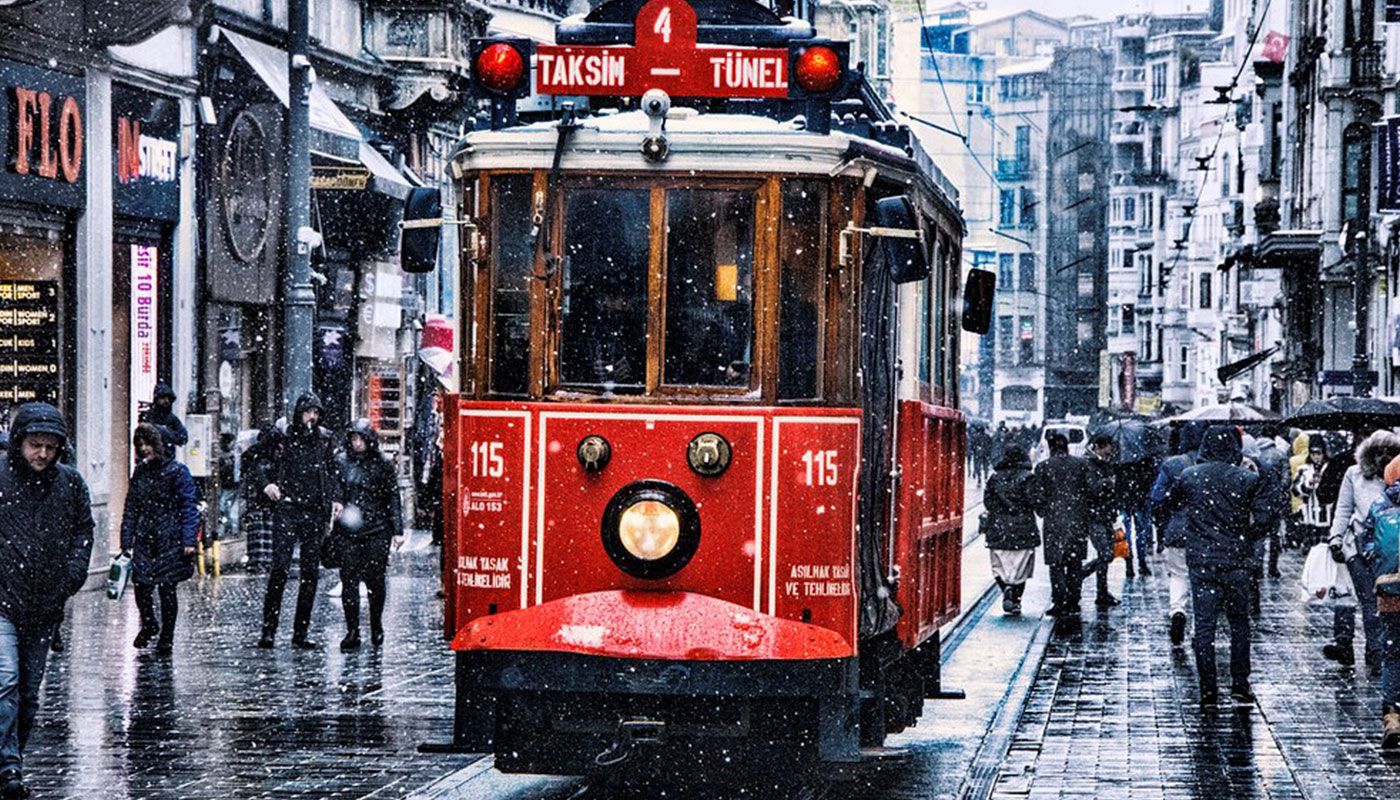 In addition to the metro and tram lines, the funicular system which has two lines is another underground transportation choice. The starting and destination points of these two lines are as follows;

Karakoy-Tunel line is known as one of the oldest funicular systems in the world.

Marmaray is a rail system that connects European and Asian sides under the sea. The length of this system, which provides transportation from one side to the other side just in minutes without being attached to traffic, is approximately 75 km. It operates between Gebze and Halkalı.

Although the cable car provides services just between short distances, it is a very convenient way to connect two hills. Cable car lines are as follows;

Transportation by Ferry and Sea Bus

Sea transportation is also the most preferred transportation service for Istanbul people because it provides a fast transition between the two sides without the traffic problems. There are also some internal trips and Bosphorus tours that you can use for pleasure trips. The double-sided routes of ferry and sea bus services you may need in daily life are as follows;

The bus card called ‘Istanbul Card’ is the most common method of payment that involves the insertion of credit into a card. In addition to carrying out your card loading from some designated businesses, you can also benefit from card mats in almost every transportation station. Those who prefer land transportation such as buses and Metrobus can use this card only. It also can be used for the rail systems and some sea transportation services.

Another payment option is a token available from the coin mats which are mounted to most of the aforementioned card mats. These tokens can be used in all kinds of transportation vehicles where the Istanbul card passes, but not in buses. Istanbul cards are cheaper and easier to use than tokens after all.

Cash payment, the last option, is only available for shared yellow minibusses and classical minibusses. There is no use of tokens or bus cards in these vehicles. The amount of the fare varies depending on the length and route of the voyage but is generally reasonable.

• Although Istanbul's transportation facilities are improving day by day, you may want to avoid traveling due to the crowds of public transport and the intensity of traffic flow during entry and exit times of businesses, or you may want to consider choosing rail systems. Said hours include approximately 8 am to 10 am and 4 pm to 6 pm.

• The left sides of the escalators are for impatient or sporty users. If you prefer to stop, we recommend standing on the right side of the staircase. Otherwise, you will get a warning or you will have to walk.

• In a metropolitan city like Istanbul, you are expected to prepare your card or token before arriving at the toll booths in order to ensure the proper flow of people and prevent blockages.

• There is limited public transport late at night, but some minibusses and shared yellow minibusses are among the vehicles you will continue to use during these hours. There are also some night buses, although they are limited in number.

• Turks generally prefer to give priority to elderly, pregnant, and childbearing families in transportation vehicles. You do not do the same thing, but if you do not, it will inevitably be exposed to condemning glances.

• It is quite challenging to find places on the Bosphorus and island tours during the weekends. So you may prefer to do these tours on weekdays or you may want to be at the departure point in the early hours.

• Like the people of Istanbul, drivers are hasty. In particular, taxi drivers will go to the back row after leaving the customer and may exhibit rude behavior by not wanting to take passengers for a short distance. You can send any kind of public transportation complaints by dialing ‘153’.

The Guide to Living in Istanbul as a Foreigner: Istanbul is different from other cities in Turkey with its active life, the people, and the breathtaking sea view everywhere you go. When you decide to live in Istanbul, you will find a different environment than you are used to.

Istanbul is the 8th Most Popular City in the World: According to CNN Travel, Istanbul city ranks No. 8 among the top 10 cities by visitor numbers in 2018. The number of Istanbul’s International overnight visitors for 2018 is 13.40 million, as reported by CNN Travel.