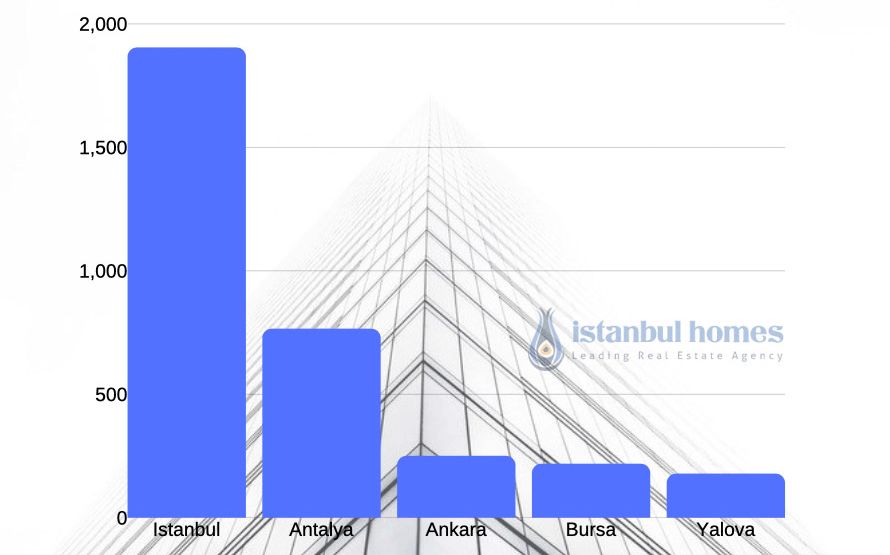 The jump in July home sales represents a significant increase to 4,192 with Istanbul being the favorite location of choice for foreign buyers recording 1,903 property transactions.

The city of Bursa in Turkey’s northwest in the foothills of Mount Uludağ near the Sea of Marmara reported 217 property transactions to foreign buyers.

Lastly, Yalova city in the north-western part of Turkey near the eastern coast of the Sea of Marmara transacted 177 home sales to foreign buyers. 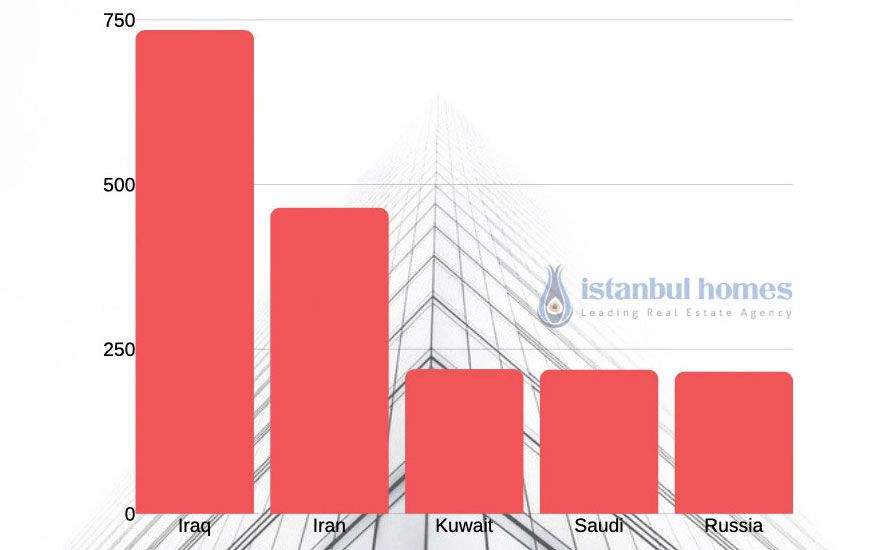 The bullish sentiment by foreign property buyers stems from a variety of contributing factors, the most notable being the depreciation of the Turkish Lira and the subsequent increase in purchasing power for holders of foreign currency.

Factors Contributing to the Record in Foreign Home Sales

Beyond the value attained from the devaluation of the Turkish Lira, recent Government tax incentives, citizenship programs, and geopolitical stability and other opportunities are all contributing factors fuelling the record numbers in foreign home sales.

The Turkish Government has recently passed a law for the exemption of eighteen percent value-added tax (VAT) payable on real estate transactions purchased in foreign currency.

A recent Turkish Government immigration incentive with the introduction of the Turkish Citizenship program that awards a fast-track pathway to Turkish citizenship to any foreigner who purchases property in Turkey at no less than $250,000 USD in value. Clearly, a strong message and an enticing incentive to attract foreign investment, considering the former entry-level requirement to qualify for citizenship were set at one million dollars in real estate value. Learn more about how to obtain Turkish citizenship?

While several Turkish banks offer mortgages to foreigners, not all foreign buyers qualify. Seeing an opportunity, several Turkish property developers offer interest-free installment options for off-plan purchases. This developer-led payment plan incentive lowers the cash-flow barriers to entry and has opened the doors to non-cash foreign buyers and individuals who are unable to secure a Turkish mortgage. Check apartments for sale by installment without interest.

Current real estate prices in Turkey are low compared to historical values, and significantly lower compared to property values in the European Union, United Kingdom, USA, and the Gulf States. The combination of value and the convenience of flight connections a few hours away to Europe, Britain, and the Middle East make the proposition of homeownership at such levels very attractive and one of several contributing factors fuelling record home sales to foreign buyers.

Gross domestic product is the total value of all goods and services produced in a country in a year. It is considered an important indicator of the economic strength of a country, and a reliable indicator that provides the state of a country’s economy and standard of living. The higher and more stable a country’s GDP, the better the economic situation. According to the International Monetary Fund (IMF), Turkey’s Gross Domestic Product (GDP) is forecast for rapid and continual growth until 2024.