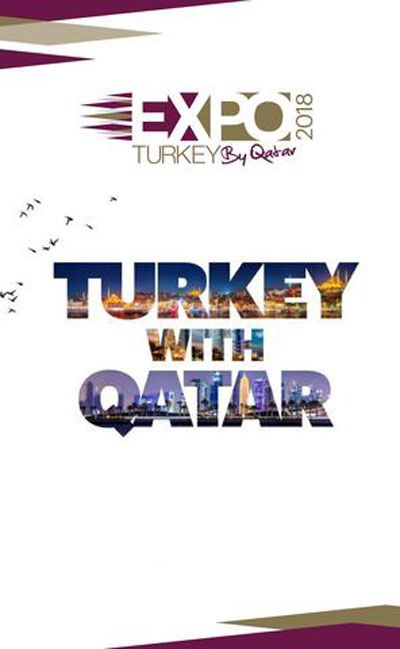 From the 17th to 19th of January 2018, the second year of the Expo Turkey by Qatar will open in Doha and expectations are high following the momentous success of the first expo in 2017. Companies and organizations from both countries will attend the annual trade show with the aim of driving publicity, marketing, and business between the two countries.

For exhibitors, the Expo organizers offer the chance to increase their foreign trade volume, brand awareness, exportation advice, direct investment help, and an invitation to bid for sponsorships at the World Cup 2022 that Qatar will hold in 2022.

For visitors, the Expo is an invitation to one most significant networking events to ever take place in Qatar. Doors open at 15.00 every day from the 17th of July and close at 22.00 until the 19th of January.

The Success of Expo Turkey by Qatar in 2017

In April of 2017, the first Expo Turkey by Qatar closed its doors having seen enormous participation by prominent Qatari organizations, and 154 companies from Turkey.

This resulted in an impressive 6000 visitors and more than 1000 business meetings to strengthen trade and relationships. Industries that dominated the event were real estate, information technology, construction and furniture and design.

Also receiving much praise from the Qatari government, leading figures urged for the event to be held annually, because of the significant, long-term business partnerships that were formed. Sponsors included big names such as Sheraton and Turkish airlines.

The Economic Value of Business Between Qatar and Turkey

President of Turkey, Recep Tayyip Erdoğan has often stressed the importance of business and trade between his country and Qatar. In February 2017, while on a visit to Qatar, he quoted the value of Qatari investment in Turkey as 1.21 billion USD.

This includes their acquisition of Digitürk, the primary satellite broadcasting channel and their ownership of Finansbank and Akbank. Qatari investments in Turkey have been increasing ever since 2013, but Recep Tayyip Erdoğan has made no secret of the fact that he wants even more increases.

Real Estate at the Expo Turkey 2018

Industries featured at the Expo Turkey by Qatar include machinery and equipment, furniture and decoration, construction, food, IT, health and more notably real estate.

In recent years Qataris have climbed the ranks of foreign property buyers in Turkey investing in the real estate market in areas such as Istanbul, Bursa, and Yalova which away from the Aegean and Mediterranean coasts offer an atmosphere like their cultural background.

Qatar is buying an average of 250 properties in Turkey every year, but eyes on firmly on the market to see if this figure will increase, given incentives by the Turkish government towards foreign investment and events such as Expo Turkey.

Author
Prenses ÇelikEditor
I graduated from Çanakkale Onsekiz Mart University in 2019, majoring in English Language and Literature. Thanks to my ...
Comments