Generally lasting from 3 to 6 days, city breaks are an attractive niche of travel. The benefits of visiting bustling hubs of the world, is mainly that everything is in one place, including history, culture, food, and relaxation. Most of the cities to visit in Turkey offer all this and much more. Each is distinctively different, with an interesting story to tell, stemming from the country’s vibrant historical timeline under the rule of many different empires.

Some cities are cosmopolitan, embracing the best of the middle and eastern worlds while others are conservative, adhering to the Islamic background of the country. In recent years, the Turkish government invested billions into upgrading the infrastructure of its cities, so not only, does this make them easy to get to, via road or air, but quality accommodation and helping tourists to get around are top priorities.

Our Recommended Cities to Visit in Turkey

1: The Old and New of Istanbul

Of course, the first city to visit must be Istanbul. Reflecting modern-day times, it also harks back to the days of the Byzantine and Ottoman empires as seen in the historical landmarks of the Sultan Ahmet district. Buildings such as the Hagia Sophia, Blue Mosque, and Topkapi Palace are some of the most visited tourist attractions in the country, although heading over the Golden Horn, visitors receive a taste of everything new and modern through the vibrant nightlife and shopping scenes of Taksim and Beyoglu.

The main port city and hub of the peninsula with the same name is one of the smaller cities in Turkey. It is a refreshing and delightful change from the hustle and bustle of bigger metropolises. The big advantage to staying in Bodrum city is the frequent bus services to all the surrounding coastal resorts of the peninsula. Otherwise, within the city, the main attractions are the castle and underwater museums. Bodrum city is also a primary hub of the Turkish Riviera and indulging in a four-night gulet trip, particularly appeals to couples.

The Antalya stretch of coastline includes many small coastal resorts and the main city center. As well as offering great shopping opportunities and a vibrant nightlife scene, city- 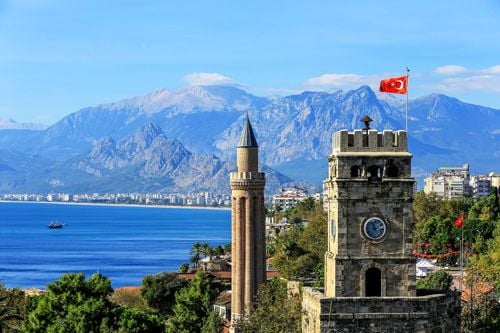 breakers enjoy exploring the Kaleici district that is the Turkish name for the old town. Cobbled streets lined with old Ottoman and Greek mansions are now establishments for boutique hotels and restaurants. Many attractions are nearby including the Konyaalti and Lara beaches, Archaeology Museum, and Aquarium.

Sitting at the eastern tip of the Mediterranean coast, Alanya is a bustling hub of tourism most noted for the beautiful Cleopatra’s beach and Dim Cave, the second-largest in Turkey. Koprulu national park is close by, particularly delighting nature lovers however within the city center are landmarks attractions like the red tower, castle, and museums. Ideally, four days is enough to explore Alanya however, if you stay longer, also book a trip on a traditional Turkish gulet boat.

Fethiye is a bustling city for three main reasons. As a center of excellence on the Turkish Riviera, sailing in the area is a profitable trade as is tourism, especially among British people. Many tourists have also become ex-pats, lured in by low property prices. The city center museum, small amphitheater and Lycian rock tombs overlooking the area should be explored first but other major attractions such as the Blue Lagoon of Oludeniz, Saklikent gorge, and Kayakoy Ghost Village are also close by. 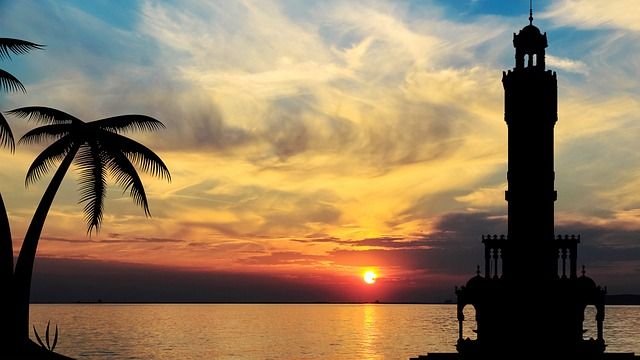 If you don’t mind crowds, Izmir is a good choice if you want to look at the lifestyle of westernized, cosmopolitan Turks. Attractions within the city center include the Konak tower area, the old part of the city, the ancient agora, and the Kadifkale (castle) portraying a spectacular view over the peninsula.

Izmir Wildlife Park on the outskirts is an impressive collection of mammals and reptiles, otherwise also explores the small coastal resorts of the Izmir Peninsula including Cesme and Alacati, two old Greek villages renowned for windsurfing.

Middle Eastern nationalities have taken a keen interest in Trabzon in recent years. Some come to see tourist attractions such as Sumela Monastery on the outskirts, while others have invested in the cheap property because of the huge potential for a lucrative return on investment. Trabzon is also a great starting base to explore attractions of the Northeast including Ayder Plateau, Uzungol, and the neighboring city of Rize, the tea capital of Turkey. 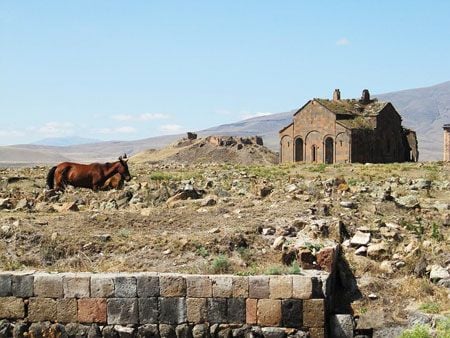 If you are an independent traveler, veering off the path of mainstream tourism to visit Kars is worth it for two reasons. The old district of the city portrays impressive Russian architecture stemming from the era when they ruled the region. However, most people hire a guide for the day and head to the outskirts of the area to visit Ani, the city of 1001 churches. The forgotten Armenian capital of the Bagratid kingdom is home to ruined churches and the impressive Fethiye cathedral with its conical roof.

Heading over to the central Anatolian region of Konya, anyone interested in philosophy will adore this city. Home to the ancient Sufi philosopher Rumi, and as center of the whirling dervishes’ sect of Islam, visitors tour his tomb and museum to learn more about his life. Most people stop by Konya on their way to or from, the Cappadocia region, the third most popular holiday destination in the country.

Also sitting on the outskirts of the central Anatolian region, Kayseri is famous for two reasons, and both are food. Locals say, the best Manti, a steamed, stuffed pastry comes from here, and wandering the city streets reveals a deep fondness for Pastirma, air-dried cured beef, as seen in the many shops selling it. As well as touring the castle district, there are some old tombs scattered throughout the heart of the old city part. Many people who are traveling to Cappadocia via Kayseri airport, stop overnight in the city and get a bird’s eye view from the rooftop of the Hilton hotel.

11: Bursa: It’s Not Just About Skiing

Bursa’s skiing resorts have always been the reason to go there, but in recent years, it is another city garnering mass interest from middle eastern nationalities, because of low property prices. Delightful attractions in the old part of the city include the Ulu Mosque, the Museum and the old Ottoman houses of the Hisar district. The Cekirge area is also one of the country’s famous spa regions.

On the surface, Amasya may seem like a conservative town, yet in the old district, a few bars and clubs advertise live music, and many restaurants advertise Turkish menus. The 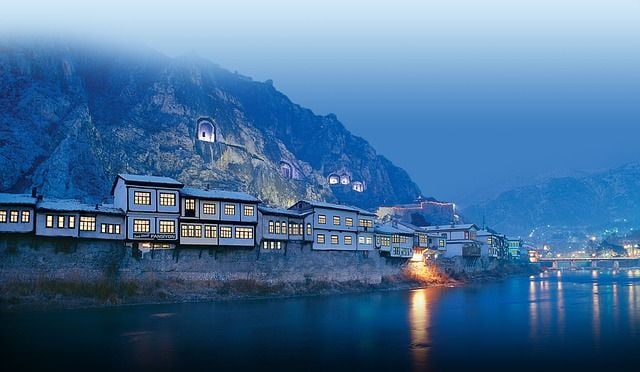 ancient tombs of the Pontic kings in Amasya belong to the UNESCO World Heritage list, center but there is much more to see including old mosques and plenty of museums. Foreign tourists tend to come here on tour buses rather than independently, and they are still vastly outweighed by Turkish tourists

As one of the smaller cities of Turkey, Kusadasi maintains a touristic appeal, despite the hustle and bustle of traffic, especially in the center. It makes a lot of trade from cruise ships that dock in to take passengers to the nearby, popular tourist attraction of Ephesus. All-inclusive hotels on the outskirts also include the aqua fantasy water park. Devoid of the common trap falls of city status, Kusadasi is another popular tourist destination and one of the quieter cities to visit in Turkey.

14: Ankara: The Capital of Turkey

Let’s not forget Ankara, the second-biggest metropolis. Although it is well known for its shopping and nightlife scenes, most foreigners visit to see the memorial tomb of Mustafa Kemal Ataturk, the founder of the modern-day Turkish Republic. Ankara is also a center of excellence for arts, and theaters often showcase the latest drama, ballet, and opera performances.