Are you an expat working and living in Turkey? Or did you decide to move soon to İstanbul, Bursa, Trabzon, Antalya, or any other city of Turkey?

According to the survey; 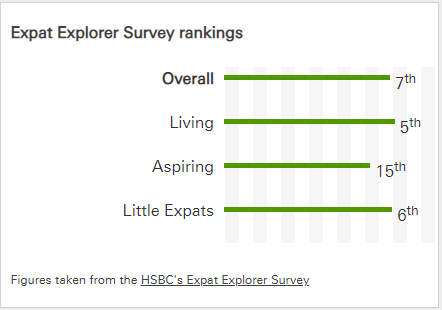 * You may see the Turkey's ranking and scores by clicking on the image.

The Advantages of Living in Turkey as an Expat

Turkey which official name is the "Republic of Turkey" is a favorite destination for expats with its long shores parallel to the Mediterranean and the Aegean Sea. The country which has different geographical and climatic characteristics has numerous natural beauties. It is also one of the most developed countries in terms of tourism in Europe.

Turkey is an ideal retirement place with a low cost of living. The cost of living in Turkey is an important factor that helps expats to decide whether they should move here permanently. Today, many expats who receive a pension from their own country live a luxurious life thanks to the exchange rate difference between the Turkish Lira and their own currency.

As an expat in Turkey, you may have questions about healthcare and education. The country has a vast range of schools varies like public schools, vocational schools, science schools, and private schools. Children can start school from the age of 6 years old in Turkey. After secondary school, most children move on to university or begin to work in the occupation they have been prepared for.

The quality of healthcare in Turkey varies from region to region and it is generally cheaper than in European countries. Except for rural areas in Turkey, you can find high-quality private hospitals with experienced doctors and medical staff speaking a foreign language in big cities such as Istanbul, Antalya, and Bursa.

Many expats prefer Turkey for working because of the quality of life and low costs. But, expats can’t do certain jobs in Turkey such as medical professions, qualified trades, and legal offices. They are allowed to work in education, finance, tourism, or the real estate sector. However, you must have a work permit before you can start work. This process is now easier and more streamlined. Once you have found a job, you and your employer can apply for a work permit.

* If you want to live or work in Turkey, contact our professional team. We are always ready to provide more information about the questions you may have.

Author
Aysun TekçeChief Marketing Officer
I was born in Balıkesir, Turkey in 1979 and moved to Istanbul for my university education in 1995. I studied Business ...
Comments