Search For Blogs
Categories
Editors
Prenses Çelik Editor I graduated from Çanakkale Onsekiz Mart University in 2019, majoring in English Language and Literature. Thanks to my ...
Ayşegül Ersin Editor I was born in Antalya, a beautiful coastal town in Turkey, in 1992. I moved to Eskişehir for my university education ...
Baran Yıldırım Editor I was born in İzmir, Turkey. I moved to Antalya and lived here until 2013, after which I went to Bursa and studied International ...
Can't Find an Answer? Ask an Expert
SHARE
Created: 26.07.2017, 17.27 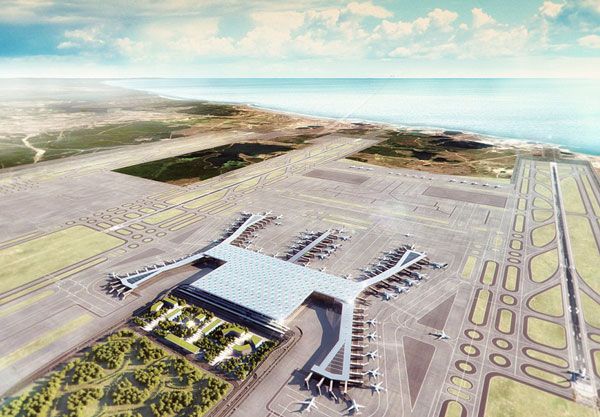 Throughout history and continuing to modern-day, Istanbul has always been one of the most important cities in the world, for business, education, economy, politics, and tourism. However not content with their celebrated fame, long term plans aim to make Istanbul, the world's primary transport hub for aviation, and it is all starting with a new airport that will be the most efficient in the world.

Plans for Istanbul’s new state of the art airport that will be the busiest in the world are on track for the first stage to open in 2018. In what is labeled as one of the most ambitious transport hub project ever undertaken, the airport is set to deal with 90 million to 150 million passengers every year, and act as a convenient hub between Africa, the Middle East, Asia, and Europe for travel and free trade imports and exports.

When it is fully completed by 2028, it will also be the largest in the world, working as a mini-city in itself. This month, Prime Minister of Turkey Binali Yildirim confirmed the opening day of stage one would be October the 29th 2018, a major public holiday in Turkey because it is the date of the founding of the Turkish Republic.

The four-stage project will cost a staggering 36 billion USD to construct. Terminal one will open in 2018 and covers11 million square feet. Even though it sits 22 miles outside of Istanbul, rail, metro, and bus links will take passengers conveniently and quickly to the main city center. Architectural designs have also focused on their time in the airport, with geometrical designs promoting natural light and space as well as specially designed walkways to ensure passenger flow is quick and efficient.

The new tulip-shaped air traffic control tower will use the latest in aviation technology, while passengers on layover flights will also have easy access to city tours, to help pass the time. Cementing its vision as a major transport hub, the airport will accommodate 100 airlines flying to over 350 destinations around the globe. 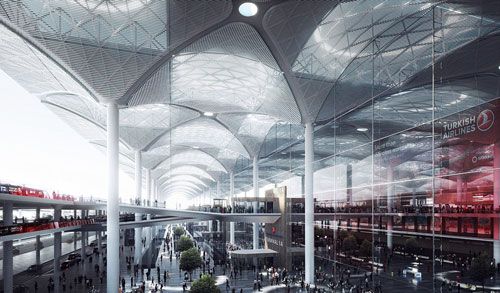 The Roaring Success of Turkish Airlines

Not only is the airport gearing up for international success but the national carrier Turkish Airlines is also continuing its long-term plan to become one of the best airlines in the world. Announcing in July, that it had started flying to its 300th destination, that is Phuket, in Thailand, it is working hand in hand with the aviation industry of Turkey to become a major transport hub interconnecting the rest of the world.

CEO of Turkish airlines Bilal Eksi has already said the airline is looking forward to the completion of the new airport, as this allows them to expand their business growth plans to become the best airline in the world.

Established in 1933, Turkish Airlines is publicly well known by the tagline "Globally Yours" and already owns 200 planes and a brand value estimated at 2.2 billion USD. Not content with already holding the titles of the best airlines in Europe, and the best airline in southern Europe for seven years running, Turkish Airlines' success story will evoke incredible achievements in the world of business and travel.

Their projection for 2023 that will coincide with the 100th year of the Turkish Republic is that they will own 450 planes, annually service more than 120 million passengers a year, and generate more than 24 billion USD in revenue. Together with the new airport of Istanbul, the city will easily grab the esteemed title of the globe’s major hub for transport, aviation, commerce, and travel.

Author
Saeeda Aljaberi Editor
I was born in Yemen in 1999 and completed high school there but due to war in the country, I moved to Malaysia in 2015 ...
Comments