Turkey has many attractions for first-time and repeats visitors. However, the neighborhoods in Istanbul, the country’s largest and busiest city, are an alternative travel experience that also gives great insight into the daily lives of Turks.

Exploring the backstreets lays ground to their heritage, which is as colorful as it is varied. Many tour agencies run guided walking tours around the most prominent neighborhoods in Istanbul, or put on a good pair of walking shoes and go where the road takes you.

If you are a first-time visitor, you should certainly put the Sultanahmet district first on your list. The UNESCO World Heritage Site holds all the major tourist attractions and landmarks of the Byzantine and Ottoman empires. However, here are our recommendations of other neighborhoods that will most certainly enlighten and delight you at the same time.

Neighboring Uskudar, with its more conservative lifestyle, presents many good reasons to visit it, but most notably the famous 19th century Maidens Tower. Formerly functioning as a castle, prison, tollbooth, quarantined quarter, and lighthouse, it is now a favorite restaurant. Surrounded by urban legends of a king who locked his daughter up there, the first tower dated from the 12th century but was sadly destroyed by fire.

Uskudar is also famed for its historical mosques including the Yeni Valide, Semsi Pasa, Rum Mehmed Pasa, and Atik Valide designed by Mimar Sinan, the most famous architect of the Ottoman Empire. While walking around the shorelines of this neighborhood, look for the nostalgic Yali houses that frame it. Belonging to the wealthy and influential people of Turkey and the world, they were wooden summer homes for Ottoman dignitaries. However, these days, they are the most expensive property for sale in Istanbul and indeed the country, often reaching millions of USD. Easily spotted because of their massive, elaborate architecture, the Yali houses are a focal point of the Bosphorus shorelines. 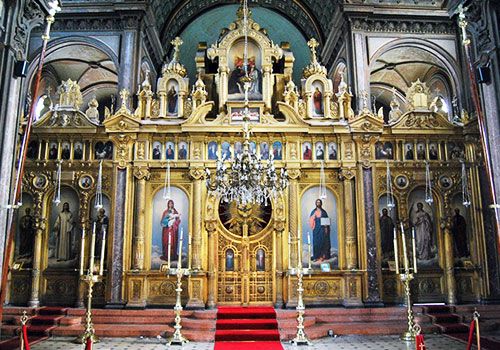 These two neighborhoods have increased in popularity over the last few years because many tour agencies run guided walking tours. Sitting beside the Golden Horn stretch of water, their heritage is just as impressive as the sites to see.

When the Ottomans conquered Istanbul, the population dwindled because people had either died during the battle or fled to safer parts. They encouraged various nationalities to relocate there, and it also became a haven for many fleeing persecutions. Hence, Greek history is the highlight of Fener while Balat tells the historical story of Jews in Istanbul.

Notable landmarks include the Rum Patrikhanesi that is the spiritual center of the Greek Orthodox church, and nearby the Phanar, Greek Orthodox college, especially famed for its unusual red-brick architecture style. The famous Chora Museum is also in this area, however much of the delight comes from seeing the old restored Ottoman houses that received funding from the UNESCO World Heritage community. Locals in one man barbershops and small restaurants provide an interesting and alternative look at Istanbul, away from the main touristic sites and attractions.

Kadikoy and Moda on the Asian side of Istanbul

Istanbul uniquely belongs to two continents and heading over from the European side to the Asian shore side; we arrive at Kadikoy and Moda, both of which have unusual characteristics sharply defining them from other neighborhoods in Istanbul. The plentiful choice of cafes, bars, and restaurants attract many Turks who just want to hang out and soak up the weekend and summer vibes.

After getting off the ferry, to reach Moda, the old part, use the cheap and frequent Bahariye Caddesi tram. The first stop when you arrive should be the Baris Manco museum, set in his former home. The former rock musician, singer, and composer moved many people with his lyrics and tunes and his legacy is a simple but intriguing insight into Turkish music culture and the first generation of Turkish celebrities.

Heading back into Kadikoy, the Sureyya Opera House, that once served time as a cinema boasts of exquisite and elaborate interior décor. Most of all, though, the neighborhood achieves fame for its vibrant market selling fish, fruit, and vegetables. Even if you are not buying, strolling around is a marvelous experience of the hustle and bustle of Asian Istanbul. If you have time to spare, although the nearby Haydarpasa train station is closed, its exterior architecture makes it one of the most famous buildings on the city’s shores. 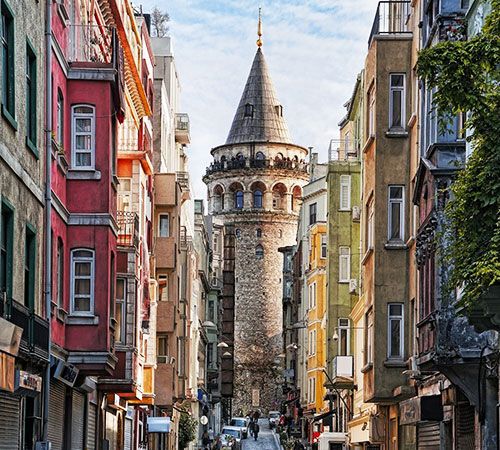 Often called the new part of Istanbul, exploring Beyoğlu and the back streets of Istiklal Avenue lead the way to magnificent landmarks. This area was once the social setting of Istanbul’s elite. Rich dignitaries and foreign consulates ruled these streets, and they made or broke deals in many of the great establishments scattered throughout the district.

Starting at the War of Independence monument in Taksim, head a short distance down Istiklal Avenue to take in iconic landmarks such as the Saint Anthony of Padua Church, and Flower Pasaj (Cicek Pasaj), but also take a slight detour to the back streets. Quaint antique shops line the cobbled streets of the Beyoğlu and French Street is a well-known, famous place to hang out, and enjoy lunch and dinner while listening to live music.

The Pera Museum famously holds one of the most expensive paintings ever sold called the Tortoise Trainer by the esteemed Ottoman artist, Hamdi Bey. The Museum of Innocence, crafted by Turkey’s most famous male author Orhan Pamuk also carefully depicts life in Istanbul over a period of 50 years through daily everyday objects donated by families and members of the public. Drop by the Galata Museum of Whirling Dervishes before finishing your day with an amazing 360 panoramic view over Istanbul from the Genoese Galata Tower.

Lastly, find out where in Istanbul, money, and cash flows freely like wine, by heading to the Nisantasi quarter of the Sisli district. Luxury and upmarket brand names line the streets of this prestigious area that is the equivalent of Rodeo Drive in California. The posh cafes and bars portray the glamorous side of the city’s social scenes, and its unrivaled shopping opportunities prove it is the king of all neighborhoods in Istanbul.

Further Reading: You might also like to learn about our recommendations for the best museums in Istanbul, for families, couples, and groups of friends.