When thinking of Turkey as a holiday destination, most travel agents and magazines market the beach resorts of the Aegean and Mediterranean coasts. This underestimates it though because Northeast Turkey, in particular, recognized shows the intricate diversity of a country with three recognized climate zones. In direct contrast to the visual appearance of the south and west coasts, some writers compare the northeast to the rolling mountains of the Swiss Alps, yet this distracts from its uniqueness, the stunning landscape, and the cultural heritage.

Its popularity as an alternative tourist destination has risen in recent years, and Trabzon, a large city, and the province of Northeast Turkey is a good place for hotel accommodation. Many four and seven day tours also start from here. Mainstream tourism is relatively new to the Northeast, but in history, it was a crucial stopping point on the old Silk Road trading route from east to west and hosted famous travelers such as Marco Polo. Whether you join a guided tour or travel independently, a host of beautiful sights and attractions await you, and the following are our suggestions for the best to see. 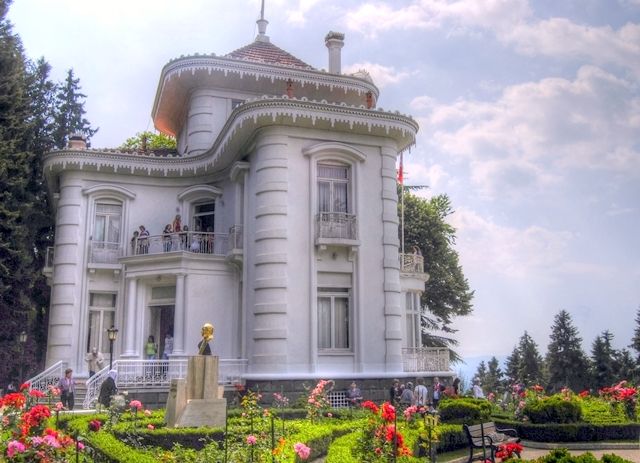 Book a hotel overnight in Trabzon city center, to see the city’s major landmarks, of which Ataturk Pavilion is one. As a popular place for wedding photoshoots, the ideal background setting is the architecture of the white three-story house.

Dating from the early 20th century and originally built by a wealthy Greek banker, it came into the ownership of Mustafa Kemal Ataturk, the founder of the modern Turkish republic after the population exchange. Other than that, just wandering the streets of the main city center is an alternative insight, with its coffee shops and eating establishments down by the seaside. Also, visit the Hagia Sophia that faces much controversy after its recent conversion from a museum to a mosque. Artifacts from the Hagia Sophia are currently in the main city museum. 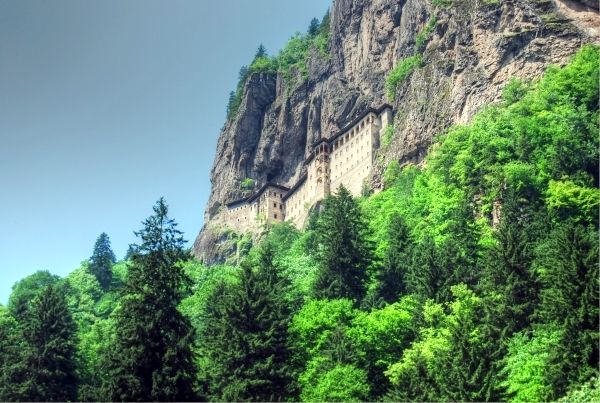 Roughly, one hour drives inland from Trabzon city center, Altindere National Park is a protected haven where flora and fauna thrive. Views of the tumbling green mountains and thick forests covering 4800 hectares enough to excite any nature lover. However, the main attraction is the 4th century, Greek Orthodox, Sumela monastery clinging to the side of a rock face and overlooking the valleys. Dedicated to the VirginMary, two traveling monks received a vision from her to build the monastery in that location hence its weird position. In 2015, it closed for repair because of damage caused by falling rocks. Original estimations said it would be open for 2016, but delays are holding this up. Either way, even if you only get to see it from the outside, a photo of its weird position will certainly end up as a keepsake.

Although day trips are sold from Trabzon city center, we recommend changing your hotel to stay overnight in the gorgeous, scenic setting of Uzungol. Many experienced travelers say the large lake and surrounding community of handmade wooden houses, nestled neatly in between two forested mountains is one of the best natural landscapes of Northeast Turkey. Taking advantage of the slow-paced lifestyle, hire a bike, or simply stroll around at your pace. Eager hikers and trekkers use Uzungol as a base to travel further into the mountains to discover the concept of yayla plateau living. In the height of summer when the weather gets too hot, locals migrate up to the plateaus and their summer homes known as yaylas. You can see them by going to places like Demirkapi plateau, where even in June, the thick mountain fog settles gently on the horizon. 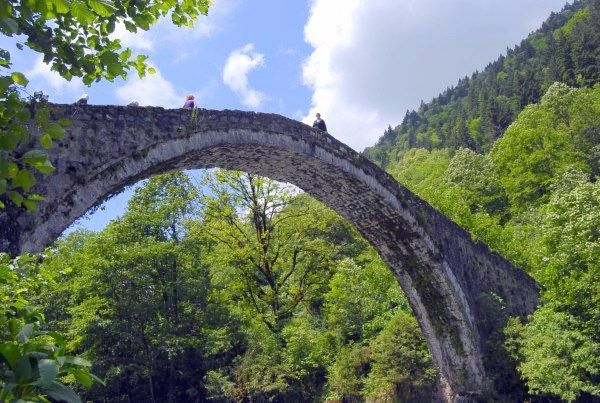 4: Rize and the Firtina Valley

Leaving Uzungol, we travel east to the district of Rize. See a bird’s eye view of the central city from the council tea gardens but head onwards to the Firtina Valley region for an in-depth look inside the Laz and Hemsin cultures of Turkey.

Camlihemsin area and its famous old Ottoman bridges portray another peaceful lifestyle and community spirit away from the hustle and bustle of the major cities. Retaining much of their cultural heritage, enjoy feasts of traditional food cooked by locals such as Mihlama, a cheesy like fondue, cabbage soup, and Hamsi (anchovies). Known as one of the most scenic parts of the black sea region, Camlihemsin will particularly suit leisure walkers.

30 minutes’ drive from Camlihemsin, further inland will take you to Ayder Plateau, which can serve as another overnight destination. Sitting on the edge of the valley, a waterfall nicknamed the bride’s veil blends well with the wooden houses, green landscapes, and cows roaming freely on the hillsides. The ideal time to visit is in summer because, during the winter, dense snowfall brings everything to a halt. Hot springs are one of the main attractions, but like Camlihemsin the culture surprises everyone. When locals perform the traditional horon dance, you cannot help but tap your toes or join in.

If you are on an organized tour, most of them end here and return to Trabzon where a host of small plateaus, caves, and waterfalls in the outskirts district are worth staying longer for. Otherwise, if you have more time, travel further east to see one of Turkey’s most underrated historical sites.

Added to the UNESCO World Heritage site list in 2016, the ancient ruined Armenian capital of Anisits in the Kars district. Few people bother to travel in that remote region, yet its old landmarks churches, and cathedrals are a spectacular examples of brilliant architecture. Also called the “city of 1001 churches,” mass efforts are underway to excavate and restore as much of the former city as possible. Existing buildings displaying the multiple building styles include the Tigran Hornets church as well as the tall ceiling of the Fethiye Cathedral.

Further Reading: If you would like to know more about other places in Turkey worth visiting, our article about famous destinations in the country is full of ideas.

Author
Aysun TekçeChief Marketing Officer
I was born in Balıkesir, Turkey in 1979 and moved to Istanbul for my university education in 1995. I studied Business ...
Comments